Kendryte K510 RISC-V AI processor is the successor of Kendryte K210 with much more AI processing power (2.5/3 TOPS) that makes it suitable for robotics projects demanding much lower latency and quasi-real-time inference.

One of the first products to make use of Kendryte K510 capabilities is Luwu Intelligence Technology’s XGO Mini Pro, a four-legged robot that looks like a dog with a tiny head providing the “smarts” for the system including face detection, image recognition, object tracking, voice recognition, and so on. 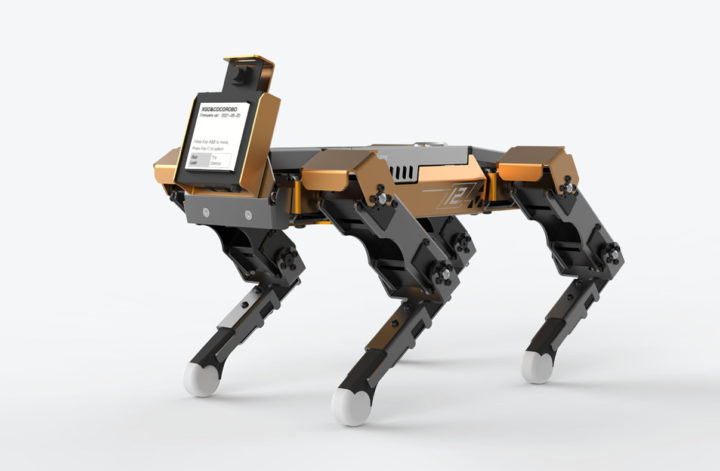 The description of the robot on Canaan’s website is rather short with an explanation that when equipped with is equipped with a 9-axis IMU and joint positioning sensors, providing behavioral and joint feedback. The head is exchangeable and when using the earlier Kendryte K210, the robot is capable of omnidirectional movements, six-dimensional navigation control, and stabilization support, as well as multiple movement modes. Kendryte K510 enables more features with object recognition functions, human posture recognition, dynamic gestures, and guide dog traffic sign recognition.

But the robot is also listed on Ogadget for the pre-launch of a Kickstarter campaign with more details, notably a video showing the capabilities of the robot both in terms of movement (12 degrees of freedom) and AI processing.

XGO Mini Pro comes fully assembled and can be controlled with an app. The company also says the AI module can run locally and the internet/cloud is not needed.  The robot can also be programmed by the user either using Python programming or CocoBlocky visual programming interface.

A lite version of XGO Mini was introduced last year without AI module, and XGO Mini Pro builds on that model, but features a Kendryte K210/K510 AI module, increased joint torque (4.5kg.cm vs 2.3kg.cm), comes with steel gears instead of copper ones, as well as magnetic encoders, and coreless servos. 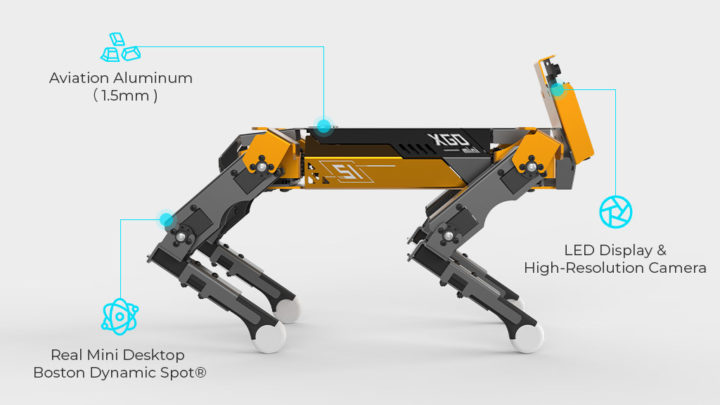 XGO Mini Pro will be offered on Kickstarter starting at $549 for the super earlier bird rewards, while the retail price is expected to be $1098.