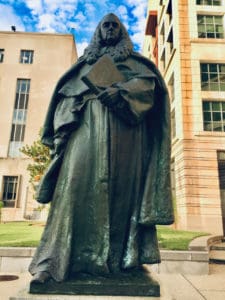 UpCounsel almost went bust last year. The law firm alternative platform that seeks to provide legal services in a similar way that Codeable addressed web development, was on the brink of disaster. A lawsuit from 2018 had devastated the digital service, according to an article, and money was tight. But just before the business was shuttered, a user of the platform, that was affiliated with Enduring Ventures, stepped in to purchase the site.

Leap forward to today, and UpCounsel has launched a securities offering on Wefunder, foregoing venture capital, and according to an email, the offering has topped $1.6 million on the first day.

As posted on the offering page, UpCounsel is issuing a SAFE to investors at a valuation cap of $28 million. A SAFE gives an investor the right to purchase shares at some point in the future. Basically, you are betting the company will be worth more than $28 million at some point in the future. Currently, over 530 investors have backed the Legaltech firm.

For anyone that has not used UpCounsel, the pitch is a service that provides legal advice from independent attorneys at about 1/3 of the price you would pay at a normal firm. The hourly average rate paid to an UpCounsel attorney is around $270. Today, big law charges around $900 an hour and up. UpCounsel estimates it has saved its 10+ million clients around $12 million.

Part of the plan to keep UpCounsel growing is the launch of attorney subscriptions alongside fees that the company says have been reduced by 75%. UpCounsel claims it is currently profitable with a revenue run rate of about $2.6 million. This is predicted to grow by 9 times by 2024.

If you are interested, you may read UpCounsel’s offering circular here or view the pitch deck here.