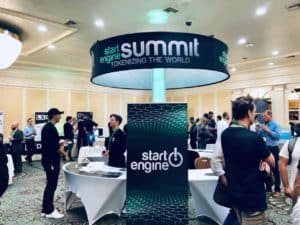 StartEngine, one of the largest securities crowdfunding platforms in the US, is in the midst of pitching a forthcoming investment round in the platform. Under the Reg A+ securities exemption, StartEngine may “test the waters” to gauge investor demand for a securities offering. StartEngine has said that for this most recent round it has booked over $8 million in non-binding reservations from almost 5000 individual investors.

Included in the update, StartEngine reports that it has already raised in excess of $57 million for issuers during the first quarter of 2021. In 2020, StartEngine raised approximately $147 million so it appears that the online investment platform is on a path to top that amount during this year.

According to the offering circular, StartEngine hopes to raise up to $55 million. Gross proceeds will go to both the company and selling shareholders. StartEngine has successfully raised capital for itself in the past.

In March of 2021, the Securities and Exchange Commission updated several securities exemptions to improve the ability of issuers to raise private capital. The updates boosted the Reg CF funding cap from $1.07 million to $5 million and Reg A+ from $50 million to $75 million. Along with other updates, these changes should help make the investment crowdfunding industry more sustainable while boosting entrepreneurship in the US.

Read More:Testing the Waters: StartEngine Reports $8 Million in Reservations for Most Recent