It has been 16 months since Rep. Kristin Jacobs succumbed to cancer.

The Florida State Parks Foundation also designated one of her favorite trails — a six-mile stretch in Lake Kissimmee State Park — as the Kristin Jacobs Trail.

And in her final days, she witnessed her colleagues pass the “Kristin Jacobs Ocean Conservation Act” to ban the import and export of shark fins in Florida. The Governor signed it into law a few months later.

There’s one more thing that could bear her name: a serenity garden at Women in Distress domestic violence shelter.

It doesn’t require any action from the Legislature or the Governor, or any state board. All it will take is people coming together to raise $6,000.

It might not seem like a big deal compared to a reef system that stretches from St. Lucie to Biscayne. But if she were around, she’d probably disagree.

While Jacobs was best known as a Broward County Commissioner, a lawmaker, and a warrior on environmental issues, she traveled a long and difficult road to get there.

Jacobs married shortly after graduating from high school and frequently moved as her husband changed jobs. The husband physically assaulted her on multiple occasions, and it took her years to get out from under the shadow of abuse.

When one of those jobs took the family to Florida, she made her break, going to Women in Distress, a domestic violence shelter.

They took her and her children in and offered them shelter, safety, and a chance at a new beginning.

She took that chance and, in a few short years, went from neighborhood mom on a mission to a county commissioner, county Mayor, chair of a Presidential Task Force on Climate Preparedness and Resilience, and then to the state House.

It’s an incredible story — and one that the next woman who walks through the doors of that Lighthouse Point shelter should hear. And what better way to share it than with a garden full of lush butterfly bushes, running water and natural splendor.

Women in Distress is accepting donations, which are fully tax-deductible, for the memorial garden online. There you can also find information on how to donate by mail or by phone.

The “Takeaway 5” — the Top 5 stories from the week that was:

School boards could start losing pay over masks — School board members in Alachua and Broward counties have until Sunday to drop mandatory face masks policies for students or begin facing financial consequences for flouting the state’s ban on mask mandates in public schools. Education Commissioner Richard Corcoran announced that after the State Board of Education ruled, those districts broke the law. Corcoran plans to withhold state funding to target school district administrators’ paychecks despite President Joe Biden saying the federal government will intervene. At least one member of the Board of Education also suggested suspending noncompliant board members. Hillsborough, Miami-Dade and Palm Beach counties’ school districts have also adopted mask requirements that break the mask mandate ban.

DeSantis highlights monoclonal sites amid criticism — The Governor has continued his public awareness campaign for Regeneron’s monoclonal antibody cocktail as the state approaches 21 treatment sites. Yet Gov. Ron DeSantis says he is battling disinformation from critics and the “corporate press.” The governor says that the treatment is free despite reports otherwise, and his office has downplayed one DeSantis donor’s ties to Regeneron. That donor has little to gain from the Governor promoting drugs that have already been purchased, but that hasn’t stopped critics from highlighting the connection. And there was more trouble still after a picture of one woman lying on the floor while awaiting treatment circulated on social media. The Governor’s Office says she’s recovering now.

Masks in schools case set for trial — Parents’ lawsuit over DeSantis’ school mask mandate ban is set for trial Monday. A decision is expected Thursday. By then, all public schools will be open, leading Leon County Circuit Judge John Cooper to expedite the trial. On Thursday, he kept the door open to the trial. The parents argue DeSantis “wrongfully assumes that state authorities can better determine the local health risks and educational needs of students and teachers.” But the Governor stands by his assertion that a parent’s right to opt their children from mask mandates falls within the Parents’ Bill of Rights he signed into law earlier this year.

Albritton to lead Senate GOP in 2024-26 — After an intense, behind-the-scenes battle with Sen. Manny Díaz Jr., Sen. Ben Albritton has secured the votes necessary to take over the Senate President’s gavel from Sen. Kathleen Passidomo after her term for 2022-24. That’s assuming Republicans hold the Senate till Albritton’s 2024-26 term. “We share a vision for the future of Florida, and we’ll work together in the years ahead to advance policies that are in the best interest of the state of Florida,” Albritton said, speaking of Díaz. The conciliatory conclusion comes after the leadership race had become increasingly public as both men competed to win from candidates likely to join them in the Senate next year.

Bahamas says cruisers must be vaxxed — Bahamian Prime Minister Hubert Minnis signed an executive order Thursday banning cruise ships that can’t prove their passengers have been vaccinated from disembarking. That runs contrary to DeSantis’ executive order banning businesses, including cruise lines, from demanding “vaccine passports” from passengers. The Bahamas’ order applies even to “private” islands in the country, including those leased, developed, and operated as resorts by cruise line companies, such as Disney Cruise Line’s Castaway Cay, Carnival Cruise Line’s Half Moon Cay, and Royal Caribbean International’s Coco Cay. Norwegian Cruise Line sued Florida in federal court over the vaccine passports ban and was granted a preliminary injunction last week. That case is still in court. 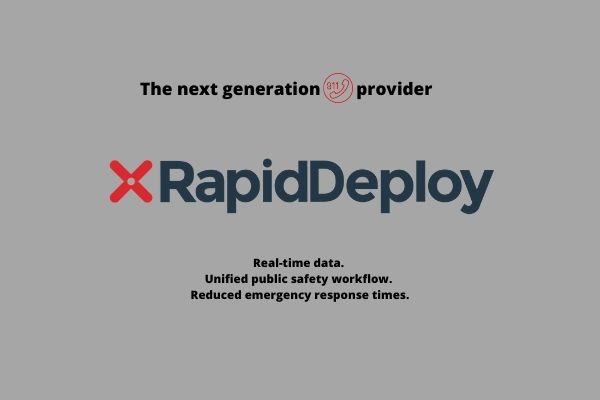 This week, the South Florida Water Management District broke ground in the Las Palmas Community for an underground seepage designed to mitigate flooding in the 8.5 square mile area.

“When I took office, I made Everglades restoration and protection of Florida’s water resources a top priority,” DeSantis said. “My administration has provided record investments and expedited key projects to restore the Everglades and send more water south.”

According to the Governor’s Office, the wall will span 2 miles long, 63 feet deep, and is 26 inches thick.

The wall will work in concert with other Everglades restoration projects, all directing the water further south.

“As a native of Miami, I understand the importance of moving projects forward that benefit the Everglades and Florida Bay,” said Lt. Gov. Jeanette Nuñez.

Construction of the seepage is expected to be complete in April 2022.

“This underground wall on the eastern edge of Everglades National Park supports our Everglades restoration goals, mitigates flooding in nearby communities, and allows us to better utilize our infrastructure for the benefit of people and the environment,” Bergeron said.

Florida and the University of Central Florida will host next year’s Hula Bowl, DeSantis announced Friday.

The Hula Bowl, which started in 1946, is a postseason “All-Star” bowl game, featuring standout NCAA football players from all divisions and international…