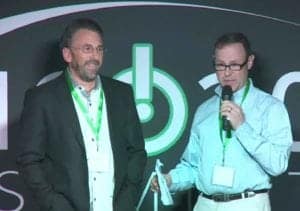 StartEngine, one of the largest investment crowdfunding platforms in the US, is raising money for itself once again using the Reg A+ securities exemption.

StartEngine utilizes several securities exemptions to raise capital online including Reg A+ and Reg CF as well as Reg D (506c). In March of 2021, the Securities and Exchange Commission increased the funding cap for both of these exemptions. Reg CF was increased from $1.07 million to $5 million and Reg A+ was raised from $50 million to $75 million. Reg A+ is sometimes referred to as a mini-IPO type offering as an offering document must be qualified by the SEC and any issued securities have the option to immediately trade shares on an exchange or an ATS (alternative trading system).

StartEngine also has been approved to operate its own ATS and in recent months the coming has been adding shares for trading thus providing another liquidity opportunity beyond an acquisition or IPO on an exchange. StartEngine’s own shares may be traded on the ATS and almost $1.5 million in value has been exchanged by its investors.

According to the offering page, StartEngine is raising equity capital at a pre-money valuation of $786 million. The company hopes to raise up to $55 million and as of today has already booked $2.2 million from 1236 investors. In the past, StartEngine has raised $31.5 million from its platform. Part of the money raised will go to selling shareholders as outlined in the offering circular – a max amount of $22.5 million gross proceeds (if the offering hits the $55 million target).

StartEngine highlights its justification for backing the firm. The company notes that to date it has helped to raise over $400 million for issuers using its service with over $200 million of that amount being in the last 12 months.

In 2020, StartEngine generated $12.5 million in revenue an increase versus the year prior of 190%. StartEngine’s goal is to raise over $10 billion by 2029. The increase in the funding caps of the exemptions should help StartEngine drive revenue higher in the coming years.

StartEngine is not alone in the investment crowdfunding sector with dozens of platforms offering a similar service but StartEngine is one of a few platforms that has generated traction early on in this sector of Fintech.

Read More:StartEngine’s New Reg A+ Funding Round is Now Live