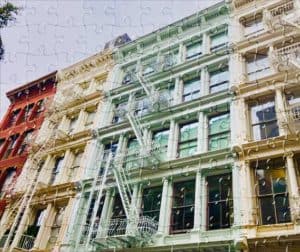 AlphaFlow, a real estate lending platform providing access to marketplace property loans, is seeking up to $3.93 million on Republic.

According to the offering page, AlphaFlow investors may participate in a “Crowd SAFE” offering at a valuation cap of $55 million.  This means that if you invest you gain equity at a future priced round. As of today, $212,848 has been raised funded by 379 individual investors.

Of note is the fact that AlphaFlow previously raised $1.284 million on Republic back in October of 2020. At that time, AlphaFlow offered a Crowd SAFE at a valuation cap of $40 million. AlphaFlow has previously raised over $16 million from both VCs and individual investors.

Like many early-stage ventures, AlphaFlow is losing money. During the fiscal year ending in December 2020, AlphaFlow lost around $5 million. You may read the Offering Circular here.

AlphaFlow reports that it is currently working with lenders across 41 different states deploying bridge loans. In January 2021, AlphaFlow closed on a $100 million securitization with additional products in the works that are predicted to generate 2 to 3 times the lending volume. The company expects to be facilitating $110 in debt securities each month by Q3 this year. AlphaFlow says it has a deep pipeline of investors including investment banks asset managers, sovereign wealth funds and more. If you are an accredited investor, you may participate in a diversified pool of loans that may generate from 7.5% to 9% in yield.

AlphaFlow competes with hedge funds that buy loans from local lenders. The platform’s target market is starting with the estimated $75 billion fix and flip sector and then the rest of the $600 billion financing sector that is completed outside the traditional banking system.

AlphaFlow CEO Ray Sturm states they are seeking more capital for a hiring push of 10-12 engineers over the summer. He believes that AlphaFlow can generate a run rate revenue of $10 to $11 million by the end of the year with a Series B round in the fall following this crowd offering

“…our focus is on growing the market. Our base case model has us 2-3x’ing revenue each year, but we of course aim to beat that.”