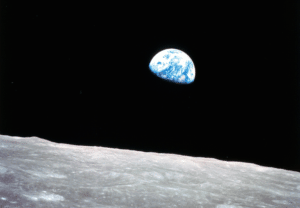 The Open Earth Foundation has reportedly been awarded a Chainlink Grant to develop am open-source, planetary CO2 concentration Oracle.

While the totality of its disruption is not clear or known, some estimates point to future climate change “damages ranging from 2-10% of global GDP per year,” the announcement revealed while adding that one solution often touted involves “reducing carbon emissions, widely considered a negative externality of modern economies and a leading contributor to climate change.”

Although there are numerous methods of CO2 reduction, hybrid smart contracts—blockchain apps that use Oracles to access real-world data and carry out advanced computations—provide an “innovative” alternative, one in which “shared truth, open-source infrastructure, and automated incentive structures bring together a diverse group of entities around a common cause.”

The update from Chainlink also noted:

The grant will reportedly fund the development of an open-source data feed that will be measuring the Earth’s atmospheric CO2 concentration and “makes the data available in leading blockchains through an OEF-run Chainlink oracle node.”

As part of the grant, OEF will deliver the following resources to the Chainlink ecosystem and the “broader blockchain and environmental communities”:

OEF focuses on the following: OpenClimate, OpenFinance, and OpenCollabathon, which are aimed at developing global climate accounting systems, “removing frictions in climate investing and financing, and mobilizing global networks of key stakeholders on open-source infrastructure.”

OEF is working closely with different organizations, such as the UN Environmental Program, UNFCCC, scientific authors to the International Panel on Climate Change (IPCC), the National Oceanic and Atmospheric Administration (NOAA), Yale University, among others.

As stated in the update:

“Having an open-source planetary oracle for atmospheric CO2 concentration can give rise to a more robust climate finance and policy ecosystem, including supplementary carbon price and carbon budget oracles derived from this data.”

As stated in the announcement:

There exist several use case possibilities for the OEF oracle in hybrid smart contract framework and its potential social impact “across many industries and geographic regions make it a great recipient of a Chainlink grant.”

Through the Community Grants program, Chainlink will remain focused on supporting innovative teams, academics, and social impact initiatives which research and develop important tools and infrastructure that “accelerate the adoption of hybrid smart contracts, secure oracle networks, and cutting-edge technology capable of improving the world,” the update noted.

Read More:Open Earth Foundation has Been Awarded a Chainlink Grant to Develop Open-Source,