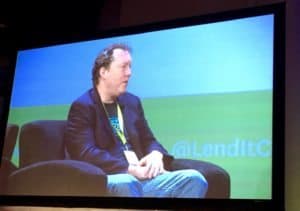 Figure Securities, a division of the digital lending service provider Figure Technologies, has reportedly acquired approval from the US Securities and Exchange Commission (SEC) to serve as a broker-dealer and also operate as an SEC-registered Alternative Trading System for digital securities that are custodied on the firm’s Provenance blockchain or distributed ledger technology (DLT) network.

This recent development marks a key milestone in the evolution of the work that Figure Technologies is carrying out with Provenance, the DLT-enabled trading platform it had first launched to sell home equity lines of credit and mortgage (along with student loan refinancings that the firm originates).

The blockchain or DLT platform is used to keep information regarding each outstanding loan and related data. Figure Technologies, which has been established by Fintech SoFi founder Mike Cagney, has reportedly traded almost $3 billion in loans via the exchange platform.

While selling its loans on its DLT platform, the Figure team eventually learned that they were unable to categorize loans into securities and then sell them to investors via the exchange, without first acquiring regulatory clearance.

As first reported by American Banker, Cagney has explained:

“The challenge we had as we were building out our marketplace and our exchange is that we weren’t able to offer securities. Having securities trade on a marketplace or an exchange involves a lot more regulatory oversight than having loans trade on the same type of exchange.”

Figure Technologies has been discussing these matters with the SEC and also with the Financial Industry Regulatory Authority. After a year of talks with regulators, Figure will now be permitted to provide digital securities via its blockchain platform.

The business concept or idea for Provenance has been to offer transparency, along with proof of loan performance, provenance (accurate details regarding who owns a particular asset at a certain time). Provenance also aims to reduce costs while making it simpler to conduct regular audits for loan buyers and sellers via DLT.

Previously, these functionalities and capabilities were not available, like during the mortgage crisis in 2008. Investors who were committed to collateralized debt obligations (particularly mortgage-linked securities)  were not too knowledgeable regarding the actual quality of the underlying loans or even if the borrowers had been making repayments. 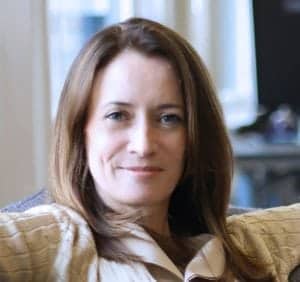 Blythe Masters, ex- Chief Executive at Digital Asset Holdings, which launched a DLT platform for the Australian Stock Exchange (ASX), reportedly assisted with creating the system with help from June Ou, Co-founder at Figure, who is responsible for products and tech at the firm.

It’s worth noting that Figure Technologies not only generates bonds by securitizing loans, but its exchange platform is also used for secondary trading of private company stock (along with the trading of various digital securities).

In an interview with American Banker, Cagney noted:

“It opens up the whole universe of security tokens for us in terms of what we can do on that. It’s something that strategically we knew we wanted to build. It just took a while to work with the regulators to make sure they understood how blockchain works.”

Cagney explains that conducting trades via DLT helps with eliminating counter-party and settlement risk. Stablecoins (or digital assets pegged one-to-one with major currencies such as the US dollar) may be used to quickly purchase securities, so that both parties are able to get a clear picture of what they’re receiving as part of a transaction. When using this tech, there’s also not as much wait time prior to settlement.

Cagney claims that in the 3 years they’ve been running Provenance, nobody has ever had to call them regarding an issue or dispute. Cagney explained that intermediaries are not required when conducting blockchain-enabled trading since trades are always successful via a blockchain, provided they’re performed correctly.

At present, Figure Technologies is seeking the national bank charter from the Office of the Comptroller of the Currency (OCC). The company filed its application in November 2020.

As part of the non-traditional charter Figure is seeking, it could begin taking deposits, however, the funds won’t be federally insured.

Currently, this particular charter is also cited in a complaint by the Conference of State Bank Supervisors submitted against the OCC in the U.S. District Court for the District of Columbia in December 2020.

The CSBS stated that Figure Technologies’s request to open a bank that does not take federally insured deposits is just a “thinly veiled effort” to get around potential controversy involving the OCC’s special-purpose Fintech-focused charter.

The CSBS has previously submitted other complaints regarding the OCC’s Fintech charter, but they have been dismissed since no firm has been issued such a charter.

Cagney has confirmed that they’re “working with the OCC” and says they are “making good progress.”