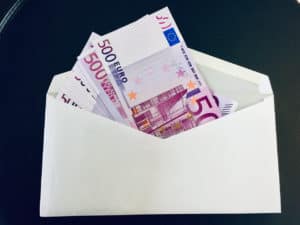 The Mintos team confirmed in an update, dated July 23, 2021, that all of Aforti’s outstanding investments and pending payments have “now been recovered in full following legal proceedings brought about by Mintos.”

In August 2019, Mintos had proceeded to suspend Aforti Finance from the Primary and Secondary Markets as the lending firm had failed to transfer borrowers’ repayments “as well as to cover its buyback and repurchase obligations to Mintos investors.”

As soon as Aforti got suspended, Mintos confirms that it had initiated a recovery process that “resulted in an agreement on a repayment schedule with the lending company.” This agreement had not been honored and Mintos did “not receive payments as agreed.”

The company further noted that “after complex negotiations, Mintos and Aforti Finance agreed on a restructured payment schedule in February 2020, with an additional security for investors, but once again this schedule was not met.”

In spring of last year, Mintos initiated legal action against Aforti Finance and Aforti Holding, the update from the peer-to-peer lender confirmed. After the legal enforcement proceedings Mintos put forward against Aforti to the courts in Poland – “a lengthy process due to Covid-19 disruptions – the bailiff assigned to the case seized multiple assets of the lending company and Aforti Holding in Spring 2021, and was able to recover the remaining amount owed to Mintos investors as a result.”

As noted by the P2P lender, these bailiff-initiated actions and the respective transfers to investors began in April 2021, and Mintos “previously shared this news with investors in our regular monthly updates.”

As mentioned in the update:

“At the time of the suspension there was €2 239 751 of investor investments at risk, and until today an additional €1 028 567 million of interest has been amortized. Prior to legal enforcement proceedings, Mintos had recovered €312 682.”

“Along with the latest recovered amounts, the remaining €1 436 023 funds due from Aforti are now covered resulting in a 100% recovery of all amounts outstanding. The funds have been transferred to Mintos and now are being distributed among the investors with investments in Aforti-issued loans.”

Mintos also mentioned that the total amount recovered is “larger than the amount stated at the time of suspension due to an accumulation of interest since August 2019.” Mintos added that their on-ground legal support costs in Poland “were covered by Mintos, and not deducted from these recovered amounts.”

The Mintos team pointed out that they will always employ “the most appropriate recovery process tactics that we believe are in the best interests of investors to result in higher volumes of recovered funds.”

The peer-to-peer lender further noted that legal enforcement is “not always the best course of action due to the duration of the process, as shown in the case of Aforti Finance and Aforti Holding.” But if proven necessary, Mintos remains “committed to continuing to act in the best interests of our investors and take as aggressive a measure as necessary.”

“We’d also like to note that in recovery cases confidentiality is common practice, and we thank our investors for their patience until the point where we can share more information. The progress of the negotiations needs to remain confidential until after an agreement is reached, because revealing our intentions too soon could jeopardize the chances of receiving the best outcome for investors.”

“We’d like to thank investors for their patience while we worked to recover the funds in full.”