It takes a lot of effort to start a company from scratch. From coming up with an idea that is commercially viable to sourcing a team to marketing the product to consumers, a high degree of acumen and drive is required. The real test of endurance, however, is finding the money to get it all going. There are plenty of roads to take: bank loans, government grants, friends and family, angel investors. But in the tech world, venture capital—a form of private equity and a type of financing provided by investors—is often the quickest path to raising large funds.

“If you need $2 million to start your company, VC is the way to do it,” says Ethan Mollick, a professor at the Wharton School of the University of Pennsylvania, where he specializes in innovation and entrepreneurship, and the author of The Unicorn’s Shadow: Combating the Dangerous Myths That Hold Back Startups, Founders, and Investors. “My favorite analogy for venture capital is that it’s rocket fuel, which is really great if you’re building a rocket and really bad if you’re not.”

The problem is that the launchpad to success is guarded by a select group that is unabashedly homophilic. “The original venture capitalists tended to be either Ivy League- or Stanford-educated white men,” Mollick notes. “And because venture capital is a business about knowing people and making judgment calls on people, the networks that they were drawing from look like them.”

This means that from the go, women of color are at a disadvantage. The playing field is not level; entrepreneurs who don’t have the same “pedigree” as these investors, despite whatever successes they might have achieved in the past, are less likely to be seriously considered. When presenting in a boardroom, if given that opportunity at all, Mollick says women are asked “how they’re going to avoid losing, whereas men are asked how they’re going to win.”

“If you take away bias, I’m not sure that investors really know what they want,” says Lauren Maillian, an angel investor and the interim CEO of DigitalUndivided, a non-profit organization that leverages data to help change perceptions of what makes a sound investment in order to create opportunities for Black and Latinx women entrepreneurs. “We’ve seen white boys get invested in time and time again; they fall flat, they lose money, they go bankrupt, they return nothing to their investors, but they get another idea and get funded again,” she continues. “I know many in the space on their third business, and none of them has been profitable. Women of color don’t get that opportunity.”

As a result, many of these founders have looked to alternative sources for financing, like equity crowdfunding. Through platforms like AngelList, Microventures, and Fundable, they are able to raise capital from the general public in return for small shares of the company. “It’s the path of least resistance that lets women have the flexibility and power to let their story work for them on its own accord,” says Maillian.

Still, there is a negative stigma around garnering capital this way, primarily because it’s a relatively new method and has yet to “have a big winner in the space,” says Mollick. “It’s been tried for five years, and there are no big successes.”

Here to change that are Dawn Dickson-Akpoghene, Angela Benton, Maxeme Tuchman, and Sharmi Albrechtsen, four women of color and entrepreneurs in the tech world who have gone through the VC system with little to show for it. They spoke with BAZAAR.com about how opening themselves and their companies to the general public could reap far greater rewards—and ultimately skyrocket their success. 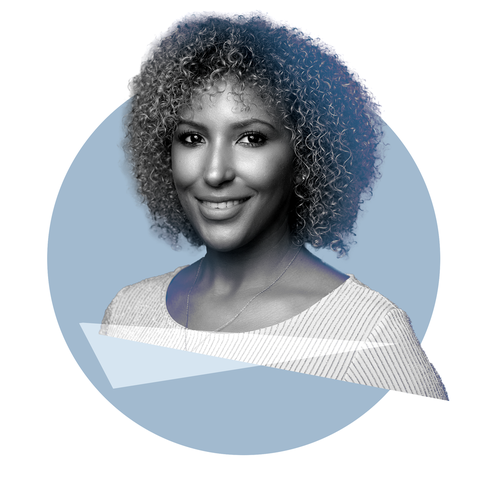 In 2000, Dawn Dickson was studying journalism at Ohio State University. AOL Instant Messenger was blasting off, and email platforms began to see a host of new users. Dickson soon realized that the future of communication would be virtual and that consumer spending would go digital, so she decided to pivot and, as she says, “gain tech skills that would be competitive in the workforce.” She became a serial entrepreneur upon graduation, founding various media platforms and working with tech-enabled businesses until 2011, when she launched Flat Out of Heels, which sold roll-up ballet flats out of vending machines at clubs and airports in order to provide women relief from heels and other uncomfortable footwear.

Dickson saw a niche to be filled, a commodity that provided consumers with greater ease. But she also saw that there was more to the business than simply selling comfortable shoes. A year later, she developed PopCom, a software company that allows vending machines to collect data about their customers and gain insight into their user experience. “I really wanted to make omnichannel sales really possible for brands and retailers, including myself at the time,” she says.

To garner a competitive edge in the software space, Dickson enrolled in Techstars, a noted accelerator program that helps scale burgeoning technology firms, which provided PopCom with its initial investment. She also raised funds from accredited angel inventors and, yes, venture capitalists, primarily in her native Columbus, Ohio, becoming one of the first 25 Black women in the country to raise a million dollars in this way. Dickson accomplished this feat knowing that vending machines weren’t a “sexy, popular thing.” She had to “educate [potential investors] about the market opportunity and really explain what [she] was working on building.”

But Dickson proved less successful in her second round of fundraising. “VCs are not really big on follow-ups,” she explains. On top of that, she was located away from the deep pockets of Silicon Valley and was tired of trying harder than the rest to get a seat at the table. 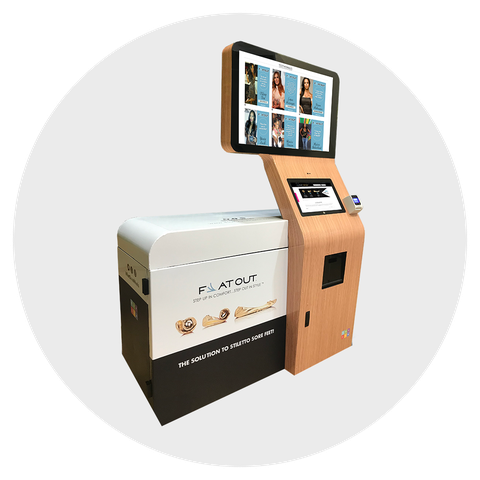 “From what I’d seen with my peers, going through Techstars, other programs that I’m a part of, and my network, I felt that no one ever directly said, ‘I’m not going to invest because you’re Black and a female,’” Dickson recounts. “I would hear things like, ‘We’ve already invested in a company like yours,’ or, ‘We don’t invest in this category,’ but then I would see them later invest in something similar. The overall VC experience didn’t sit well with me, so I started to really think about alternative paths to raising capital.”

In 2017, the Securities and Exchange Commission (SEC) revisited certain laws under the JOBS Act, which stipulates how businesses are able to raise capital. Since 1933, there had been regulations in place that prevented the average person, one who made less than $200,000 annually, from investing in early-stage deals prior to companies making their initial public offerings. This curbed many marginalized groups from getting in on the action from the onset. “If you’re a Black person, nine times out of ten, you do not have inheritance, because our grandparents weren’t allowed to own property and have things, then you can’t make an investment,” Dickson explains.

But thanks to a change in statutes, equity crowdfunding has become a tenable way to procure funds for a startup. Not only does it do away with the stipulations that are often requisite with VCs—offering preferred shares, board seats, and large parts of equity—it also fosters opportunities within a close-knit group. Friends, family, and those who really believe in the company are able to put their money where their hearts are.

“I’m very passionate about creating generational wealth in my community—for myself, for my team,” says Dickson. “VCs are always acting in the interest of their investment and not of the overall company. All this played a role in my decision to do something that was, at the time, considered very unorthodox—and still kind of is.”

Crowdfunding, however, comes with its own hurdles. After landing on StartEngine, a platform that allows entrepreneurs to seek small investments from the public, in 2018, Dickson had to ensure maximum visibility. “I had to put together a strategy that could reach hundreds of thousands of people, getting enough traffic so my campaign could convert,” she explains. “It’s really a numbers game at this point. You have to get people to come, be aware of…

Read More:How Women of Color Are Using Equity Crowdfunding to Achieve Success in the Tech World