The African National Congress is in deep financial trouble, so much so that they have launched a crowdfunding campaign.

Recently, ANC employees went on strike after the ruling party failed to pay their salaries on time. The issue with paying salaries has been an issue for months.

According to IOL, the ANC’s financial crisis started to become apparent in December 2019. Things seemed to have gotten better, however, between April and June 2021 the financial woes of the ruling party deepened. 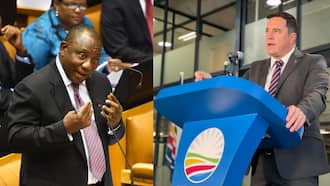 In a letter to ANC staffers, Potgieter apologised to employees and stated that the party has never experienced such a situation in the past. He also thanked workers who continued to work despite not having received their salaries.

“ANC should organise Public Fund-raising Launching. Let those Big Shot come out and make their donation.”

“ANC has many deployees and must contribute 15% of their salary.”

“How much will Ramaphosa and Motsepe put up? I want to see something.”

“First, tell us what led to this crisis. This started in 2018. To me it looks deliberate, Ramaphosa is executing his mandate of killing the ANC by all means necessary.” 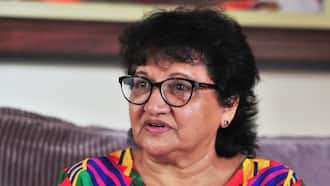 Briefly News previously reported that ANC workers have had enough of seemingly empty promises from the ruling party. They have downed tools across the country, forcing ANC offices to shut down.

According to the Daily Sun, ANC employees are fuming after the August salaries had not been paid. After the past few months, ANC workers have had their salary payments delayed.

ANC spokesperson Pule Mabe revealed that the ANC had been informed that staff would go on strike from Thursday, according to TimesLIVE. Since the ANC settled its R80 million tax bill with SARS, the ruling party has been struggling financially.

The party landed in hot water with the taxman after it was revealed that it had been deducting tax from employees but not paying it over to SARS. The party had also not paid provident and pension funds for over two years.