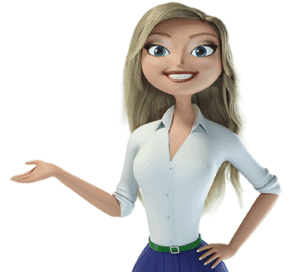 European peer-to-peer lending platform Bondora recently revealed that it has issued more than €9 million in loans in April 2021, which is reportedly “the highest in 1 year.”

The Bondora team writes in a blog post (published on May 6, 2021) that this month, loan originations are “the star of the show.”

After increasing steadily from the end of 2020, the team at Bondora is now “celebrating the highest amount of loan originations since March 2020.” As confirmed in the update, “a total of €9,224,228 was issued in loans in April 2021.” The platform’s management further noted that they’re now hoping to surpass the €10 million mark for next month.

Last month,  4,175 people reportedly joined the Bondora platform, which brings ithe number of investors to 162,437. This is notably “the highest number of new investors for 2021 thus far,” Bondora revealed while adding that more than €428 million has “been invested, and investors have earned more than €52 million in returns over the last 13 years.”

“After a fantastic March, Bondora investments continue to build on the momentum we’ve seen in Q1 and are growing steadily every month. In April, a total of €9,044,042 was invested across Bondora—the highest we’ve seen in over a year. This continuous growth in product funding is very promising. Go & Grow takes the credit for this impressive increase, as a total of €8,392,850 was invested into our most popular product. It also passed the €8M mark for the first time this year. All our investment products also showed steady increases.”

After recording these solid results in March’s collection and recovery process, Bondora claims it diverted back to “more standard yet impressive figures in April.” A total of €886,627 was “recovered across all countries, with the majority being from Estonia (€480,416) and Finland (€297,110). In April, the most recoveries were conducted during the Bailiff stage of the collection process,” Bondora confirmed.

“Secondary Market activity is picking up again after dipping in February and March. €240,231 was transacted on the market, with Manual transactions, once again, making up the bulk of activity. It made up 65% of all transactions. Interestingly enough, Portfolio Manager transactions increased, and API and Manual Transactions decreased.”

Bondora added that things are now “looking good” for loan originations. Each month the total has been increasing steadily, which is quite a positive development.

Last month, a total of €9,224,228 loans were originated by Bondora, the platform’s management noted while adding that Finnish loans “show no sign of backing down as they grew by a tremendous 84% to a total of €2,554,078 loans issued.” Bondora pointed out that this is “quite the jump from the 6.4% growth rate in March.”

Bondora also mentioned that Estonian loan originations have increased as well, however, by a more modest 5.2%.

“April continues to build on the growth we’ve seen since the end of 2020. As we enter Q2, we’re feeling optimistic and excited about what the year holds. Our financial results for 2020 will also be released soon.”