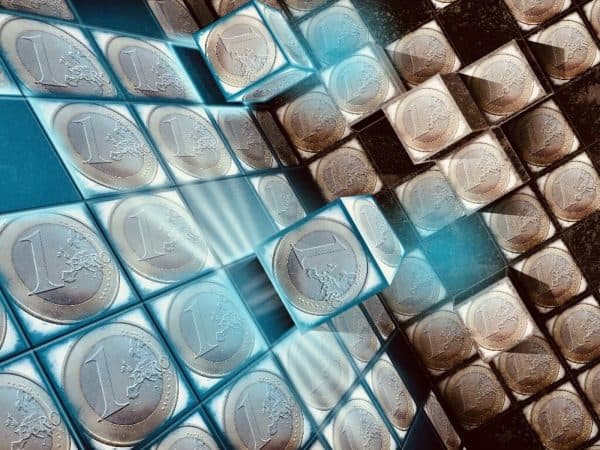 This past week, the European Investment Bank (EIB) issued a €100 million digital bond offering on the Ethereum blockchain. The EIB worked with Goldman Sachs, Santander, and Societe Generale on the issuance along with the support of the Banque of France. Notably, the payment of the issue monies from the underwriters to the EIB has been represented on the blockchain in the form of a central bank digital currency (CBDC).

The EIB states that it believes that the digitalization of capital markets may bring benefits to market participants, including a reduction of intermediaries and fixed costs, better market transparency through an increased capacity to see trading flows and identity asset owners, as well as a faster speed of settlement.  Much of the interest in the issuance, or tokenization of, securities via blockchain is due to the ability to remove intrinsic friction along with affiliated cost in the legacy process. At scale, the savings can be significant.

Mourinho Félix, VP at the EIB, said the bank is well placed to lead the way for the issuance of digital bonds.

“These digital bonds will play a role in giving the Bank a quicker and more streamlined access to alternative sources of finance to boost finance for projects across the globe.”

Bertrand de Mazières, Director General Finance at the EIB said the transaction marks the EIB’s first step as a pioneer in the use of blockchain technology for the issuance of financial securities. de Mazières said they are creating a framework for a new market ecosystem that will bring value for both issuers and investors.

Christoph Hock, Head of Multi-Asset Trading at Union Investment said the use of blockchain in combination with tokenization will become a game-changer for the industry.

“There have been a number of bond tokenizations to date, but this is the first undertaken by an AAA rated issuer–it is a landmark moment for Ethereum and breaks ground for other incumbents to follow in the EIB’s footsteps. The issuance by the EIB will highlight potential savings in intermediation and fixed costs, as well as faster settlement against blockchain based payments. It is likely more incumbents will follow the same model, establishing Ethereum as the defacto new liquidity market rails for tokenization.”

“Blockchain technology in large scale capital markets, banking, exchanges, lending, and other financial services is gaining extraordinary momentum as stakeholders seek to eliminate inefficient processes across the entire lifecycle. Reduction of counterparty risk, lowering of settlement times, improvement of contractual term performance, and increased regulatory reporting transparency all illustrate how blockchain will become the backbone of the capital market infrastructure.”

Blick said the European Commission is waking from its “regulatory slumber” to embrace the blockchain revolution. Blink believes the adoption of EU proposals will accelerate the utilization of digital securities:

“The key Regulations are The Market in Crypto-Assets Regulation (MiCA), the Pilot DLT Market Infrastructure Regulation (PDMIR), the Digital Operational Resilience Regulation (DORA), and a directive to amend existing financial services legislation,” said Blink. “Each EEA member state will adjust and implement these proposals as national law, creating a regulatory arbitrage opportunity that favors the foresighted member countries eager to secure a footing in the inevitable tsunami of STOs. The proposed legislation is expected to take effect in 1-2 years and will also mean STO’s using blockchain technology will be subject to MiFID II and, as a consequence, will provide institutional investors with the necessary regulatory security and oversight to finally make the plunge into the tokenized world.”

Blick believes that over the next 5 years blockchain technology will be deployed across the industry generating cost savings and dramatic efficiency improvements.

“For example, blockchain technology will be used to transfer common trade data between all participants so that Straight-Through Processing (i.e. requiring no human intervention) can be fully achieved between firms end-to-end. Similarly, we will witness the harmonization of regulatory reporting, where the representation of trades using synchronized data and definitions will completely remove the mapping and interpretation that is required today.”