Panda Mony is back with another action figure crowdfunding campaign with Alter Nation Action Figures: Phase 2. Their Phase 1 figures were very popular as they introduced fans to an elite unit of hybrid soldiers combining human and animal traits. The original release of figures was even nominated for Toy of the Year, and with their unique style and abilities, it can be seen why. Panda Mony has revealed two new figures that were originally set to be part of Phase 1, with Alpha And Bomber ready to blast their way into your collection.

Both Alter Nation Alpha and Bomber are loaded with remarkable detail and bring something fun and creative to your toy box. Appa is my favorite of the two as this winged soldier features articulated wings, 4 arms, and even moveable jaws. This is one action figure that must come into production, and it’s up to collectors to fun the project. Panda Pony has the Kickstarter campaign at $99,000 with 18 days left and only $7,700 raised. Things are not looking good, but we can take the Toy of the Year Nominee Phase 2 figure line to get them out there. The Alter Nation Action Figures: Phase 2 can be found here, with Bomber priced at $24 and Alpha at $29. We must unite as collectors to keep the power of Alter Nation alive, find what pledge suits your collection and join the fight today!

“Alter Nation follows the paranormal adventures of GK Delta, an elite unit of half animal, half-human soldiers created by the military of the future. Their adventures take them on missions filled with danger and intrigue, investigating urban legends, cover-ups, and paranormal phenomena!  We debuted six action figures in its first wave, Phase One, just before Christmas 2019. Each figure showcases a special power inspired by real animals’ abilities. The chameleon changes color! The frog does a backflip. The porcupine shoots his quills, and so on.”

“Since our launch, the brand won major awards and received tons of great reviews and was even picked up by Dark Horse Comics for a Graphic Novel. Well, after the chaos of 2020, we can finally reveal Phase Two, Alpha, and Bomber, which were supposed to come out last year! Just like Phase One, both will have abilities inspired by real animals as well as the multiple points of articulation expected in modern action figures!” 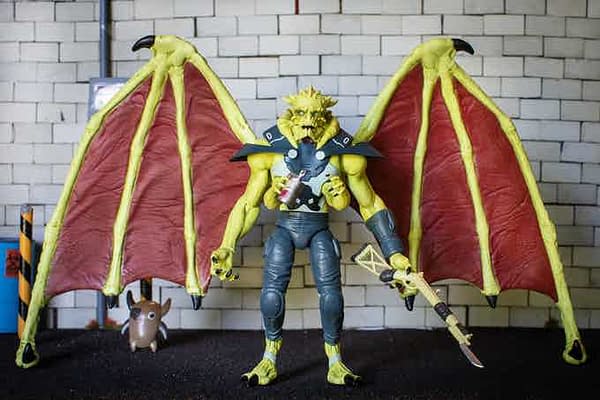 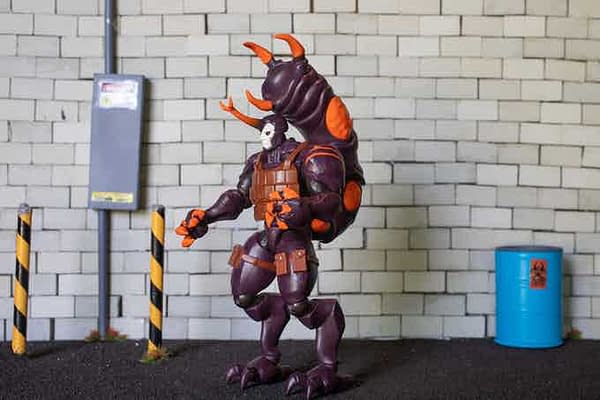 “Alpha’s play features include huge articulated bat wings that also help him stand up or flap them around like he’s flying. A switch in the back of his head activates his creepy snake jaw. These coral snake stripes on his back are color-change by temperature and go from a red to blue. And last, but not least, just for extra scary factor, his eyes have glow in the dark paint!” 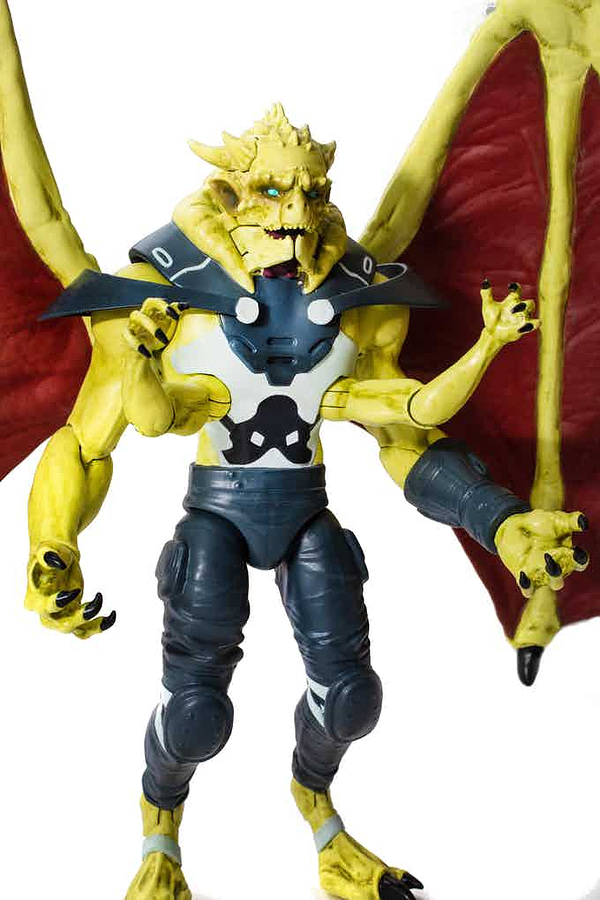 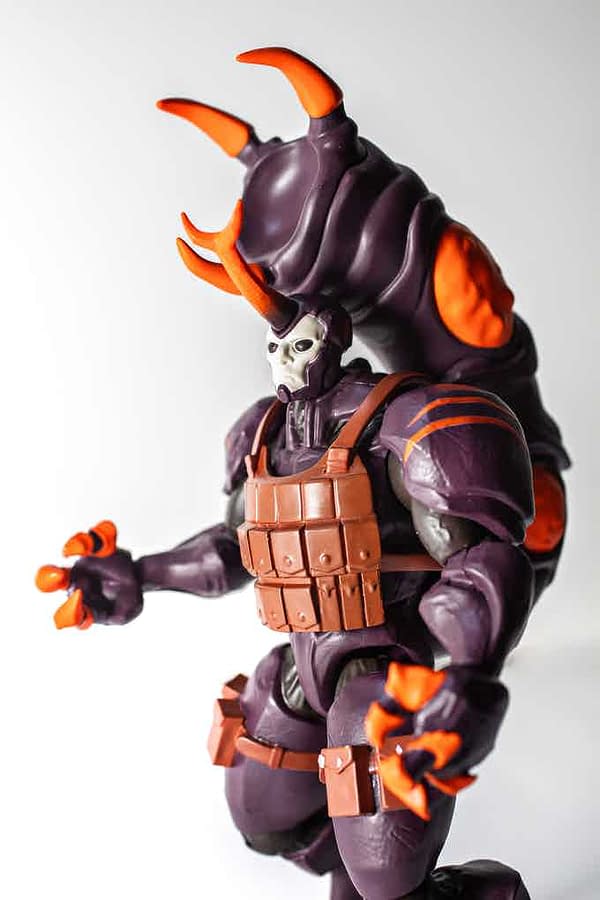 “Bomber is part scorpion, part bombardier beetle, so, of course, his tail is the feature! He launches a tiny, jelly filled, splat ball. We’re still working on how we’re going to make the mechanism launch. Right now we have it setup as a sort of catapult tail. We may have to redesign that to fit safety regulations. We also thought it might be better if it was a spring-loaded projectile. If we did that, we might also be able to make the tail articulate. Let us know in the comments which you like better in case both pass safety testing.”