AYN Odin is a 6-inch portable game console powered by Qualcomm Snapdragon 845 or MediaTek Dimensity 900 processor and offered with an optional dock with an HDMI port to connect it to a large screen, various ports for controllers, and even a 2.5-inch SATA bay.

It offers a much more powerful experience, a larger display, a more recent Android 10/11 OS, and better multiplayer abilities than the Amlogic S905D3 powered Powkiddy A20 portable game console we have just covered. 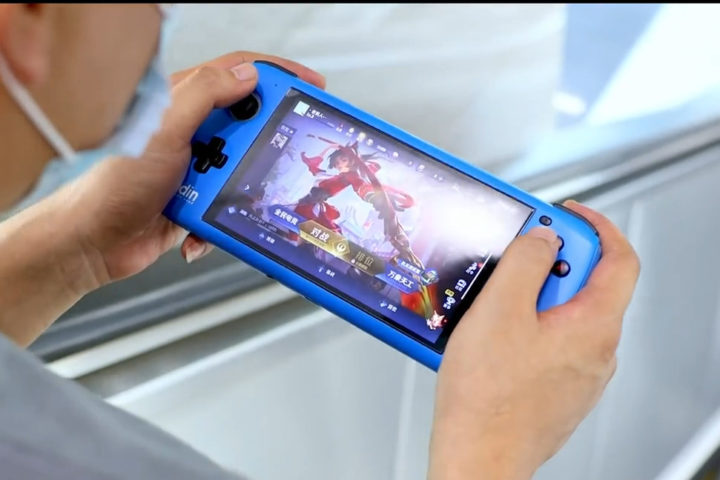 Three models of the Odin are offered with the Lite, Base, and Pro model differing in terms of processors, and/or storage and memory: 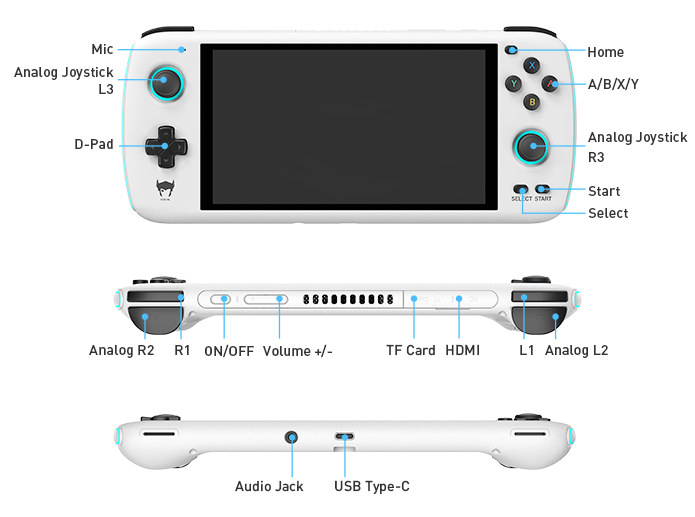 The software will be slightly different as the Qualcomm variants run Android 10, while the Mediatek-based Odin Lite runs Android 11. The company says all versions are compatible with Project Treble so the GSI-compatible Android “ROMs” can also be tested on the devices. If you’re interested in seeing how games perform, what the video below with an early prototype of the Qualcomm Snapdragon 845-based Odin game console.

There’s also a Super Dock which can provide a better multiplayer experience with connecting to an HDMI TV, USB ports, and 64 and Cube controllers interfaces. The dock also adds Gigabit Ethernet and a 2.5-inch SATA bay which could be useful for local video playback. So that means the Odin could be used a portable gaming console on the go, and when connected to a dock, it would become a multiplayer gaming console, a media center, or even an Android PC, although there’s no specific desktop interface that I could see. 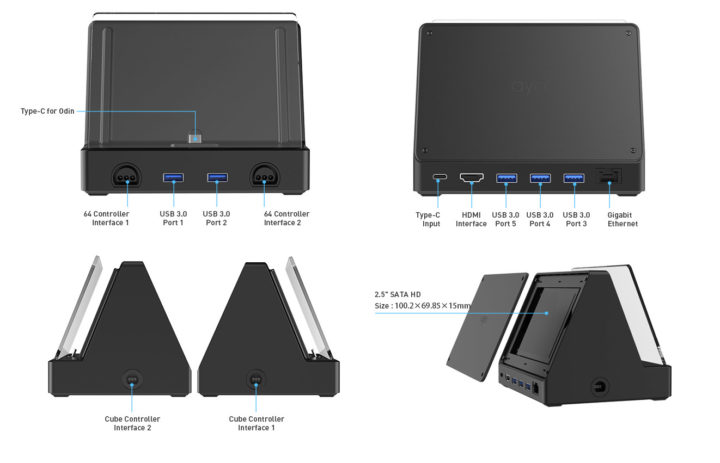 Odin very recently launched on Indiegogo and has raised over $500,000 so far. Early-bird rewards start at $175, $209, and $265 for respectively the Lite, Base, and Pro versions. The dock adds an extra $50, while shipping costs between $6 (to China) and $50 (to the UAE). The Qualcomm models should start to ship first in November 2021, followed by the MediaTek console in December 2021. But note that delays are frequent in crowdfunding campaigns, so be prepared for an eventual 2022 delivery.