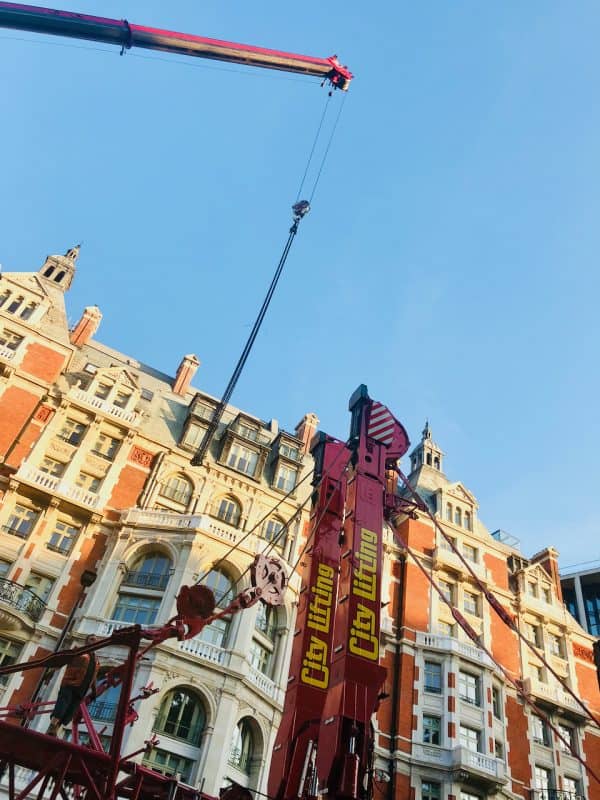 The team at Assetz Capital, a marketplace lending platform originating secured loans, says it’s no secret that there’s been an “unprecedented construction material shortage this year,” in the United Kingdom and few would have “forecast the near-perfect storm that has swept through the sector.”

The UK Government’s building ambitions seem to now be in jeopardy “thanks to these shortages which have been largely fuelled by Brexit and the Covid-19 pandemic,” the Assetz Capital team writes in a blog post.

As mentioned in the update from Assetz, a shortage in construction materials can “in part be traced back to increased building and home improvement activity in 2020, particularly during the first lockdown.” Adjusting to the COVID-19 crisis has resulted in a significant slowdown in the production of materials from some EU-based factories and supply chains have “remained stretched ever since,” Assetz Capital’s blog noted.

The company revealed that many developers have “needed to use creative ways to get around the extra paperwork at customs, such as sourcing more local materials.” But the fact remains that many housebuilders are “reliant on imported materials.”

As noted by Assetz Capital:

“On top of our domestic backlogs, there’s also a global shortage of raw materials due to a combination of demand outstripping labour supply, and some trades putting up their rates due to being overwhelmed with work. This continues to constrain production of certain products, such as insulation, paints, and adhesives, as well as packaging for products, which are critical for our developers.”

The company confirmed that labor rates in the UK have also “skyrocketed in some areas in recent months due to a combination of demand outstripping labour supply, and some trades putting up their rates due to being overwhelmed with work.”

For instance, some of the firm’s colleagues based in the South-East are telling them that high numbers of Eastern European workers have now moved back to their respective countries due to Brexit, which has affected that area in particular. As noted in the blog, the number of UK construction vacancies has now “risen to 35,000 which is the highest figure since records began 20 years ago.”

As mentioned in the update:

“A shortage of lorry drivers has been reported by the Construction Leadership Council, which has a direct impact on building sites receiving their deliveries. The availability of hauliers is a particular issue and it’s clear that this is becoming a critical nationwide problem causing delays and impacting project programs.”

While addressing a question about how will the material shortages impact UK housebuilders and developers, Assetz Capital noted that ongoing shortages will be “a blow to those working on construction projects building with steel or timber frame, both of which are in short supply and could potentially face surging costs in the coming months.”

The company added that developers who refurbish properties could also be impacted by price increases. The cost of materials for repair and maintenance work “rose 2% between March and April and increased by 11.2% between April 2020 and April 2021, according to a report in May.” Building merchants are also “under increasing pressure, leaving DIY projects in doubt, with paints, sealants, and some electrical components all in short supply.”

‘There are several key items for builders that are in high demand that cannot meet their volume of orders, such as steel, cement, timber, roof tiles, plasterboard, plastics, bricks and plumbing items. Due to increased demand, lengthening lead times and low stock levels, we are seeing ongoing price rises – particularly with timber, steel, cement and paint.”

While commenting on what they think is the best way “to navigate shortages as we look to the 2nd half of the year,” the company suggested:

“Like any construction project, planning is key. Plan in advance so you aren’t caught out by shortages or price rises. This point is particularly important over summer as more people purchase DIY & landscaping products, which may place an additional burden on supplies.”

The firm also recommended working “more closely with your supply chain too; communicate your requirements early with suppliers, distributors, and builders’ merchants.”

Assetz Capital also noted that the construction sector is “always innovating, and the use of modern methods of construction and factory building programs will go a long way toward improving quality and production efficiency, but manufacturers will still be at the mercy of market forces when it comes to the building materials shortage.”

“To summarize, product availability is proving to be a significant and prolonged issue for Britain’s housebuilders and developers, and we as a lender need to be aware that the cost of building projects may change in the months ahead because of the pressure. We also need to make sure that we are always looking to improve our lending criteria and offerings in order to help housebuilders cope with this.”