In general, when we talk about Reddit stocks or Robinhood penny stocks, speculation comes to mind. There are stocks that justify this view. GameStop (NYSE:GME) is a good example. The surge from $18.80 toward the end of fiscal year 2020 to $483 by the end of January 2021 was purely speculative.

However, not all Reddit stock picks are just speculative. There are long-term growth stories being discussed and it makes sense to track trending stocks on sub-Reddit groups. In the last one week, Tesla (NASDAQ:TSLA) and Apple (NASDAQ:AAPL) have been among the top trending stocks in r/WallStreetBets sub-Reddit.

However, I would like to focus on the relatively smaller names among Reddit stocks with long-term bullish stories. I believe that these names are worth considering for the long-term portfolio. 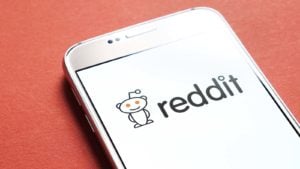 In the last week, Moelis has been among the top 15 trending stocks in Reddit’s famous r/WallStreetBets group. MC stock has also been in an uptrend, moving 45.9% higher in the last six months.

The pandemic has triggered growth in default rates and several industries have also been witnessing consolidation. This positions Moelis for strong growth in the foreseeable future. For the first quarter of 2021, the company reported revenue growth of 72% on a year-on-year basis to $263.9 million.

An important point to note is that the company is debt free with a healthy cash buffer of $228 million. With strong cash flows, the company has a robust dividend pay-out and value creation through share repurchases. For Q1 2021, the company declared a special dividend of $2.0 per share in addition to regular quarterly dividend of $0.55.

Clearly, MC stock seems more than just a speculative bet among Reddit stocks. With a global presence, the company is well positioned to deliver sustained growth. Even after the upside, MC stock trades at a forward price-to-earnings-ratio of 16.2. Valuations look attractive considering the growth trajectory and as compared to the broad market valuations.

I must admit that my view was relatively skeptical on OCGN stock in the recent past. However, there are few factors that point to Ocugen’s business growth and potential upside for the stock. In the last  week, the stock has trended among the top 10 names on r/WallStreetBets.

Back in December 2020, Ocugen signed an agreement to co-develop Bharat Biotech’s inactivated vaccine, Covaxin. Further, in February , the companies entered into an agreement to develop Covaxin for the U.S. markets with a profit-sharing agreement.

There seem to be several positive triggers on the horizon. First and foremost, the company’s CEO has hinted at obtaining FDA’s emergency use authorization for Covaxin. Further, Dr. Anthony Fauci suggested that Covaxin has been found to “neutralize the B.1.617 variant of the deadly virus.” The variant originated in India and has spread to at least 17 countries.

If the variant continues to spread, Covaxin is likely to be in demand in the coming months. Fauci’s comment on Covaxin might also indicate that there is potential for emergency use authorization in the U.S. Therefore, OCGN stock has potential positive triggers and it makes sense to consider some exposure.

NOK stock is among the top Reddit stocks with a long-term bullish outlook. In the last six months, Nokia stock has trended 39% higher. With strong numbers for Q1 2021, the stock seems positioned for further upside.

Coming to the results, Nokia reported revenue of 5.1 billion euros for Q1 2021, which was 9% higher on a year-on-year basis. Growth in network infrastructure and mobile networks ensured healthy revenue for the quarter.

Importantly, the company reported significant improvement in key margins. Gross margin expanded by 260 basis points and operating margin improved by 850 bps on a year-on-year basis. If margin improvement sustains, it will translate into strong long-term free cash flow visibility. By FY2023, the company expects an optimistic cash operating margin of 13%. Nokia has already guided for positive free cash flow for the year.

It’s worth noting that 5G is still at an early stage of adoption and Nokia has presence in all key markets globally. To put things into perspective, the company believes that the forecast addressable market (network infrastructure) for the year is EUR 42 billion ($50.4 billion). This provides ample scope for growth acceleration.

Nokia seems to be an inflection point in terms of growth and cash flow upside. It’s not surprising that NOK stock is among the hot Reddit stocks.

Globus Medical is another name among non-speculative Reddit stocks with a positive growth outlook. In the last one week, GMED stock has been among the top 10 trending stocks in the r/WallStreetBets sub-group.

The company is involved in the commercialization of solutions for patients with musculoskeletal disorders. It’s worth noting that for FY2020, the company reported 0.5% revenue growth to $789 million. However, for the current year, the company has guided for revenue of $880 million. This implies YoY revenue growth of 11.5%. As growth accelerates, the stock is positioned to trend higher.

Also, the company has guided for diluted earnings per share of $1.83. At a current stock price of $71.80, the stock trades at a forward price-to-earnings-ratio of 39.2. For a company in a niche healthcare segment, the valuations look attractive.

In April 2021, the company introduced the “market’s first robotic screw designed for spine surgery.” New products are likely to accelerate growth in the coming years. Globus has also been expanding presence outside the U.S. For FY2020, the company reported 15.8% of sales from global markets. With a portfolio of 220 products, the company seems well positioned to benefit from international presence.

Global is also high on innovation and that’s likely to ensure that steady growth sustains. As of December 2020, the company reported 1,191 patents in the U.S. and 641 foreign patents. Overall, GMED stock has trended 38% higher in six months. With growing interest from Redditors, it seems that the fundamentally strong stock is poised for further upside.

Sundial has witnessed renewed interest from Reddit investing communities. From a fundamental perspective, the stock seems attractive at current levels.

After surging to a high of $3.96 in February 2011, SNDL stock has corrected sharply to current levels of 86 cents. Besides profit booking, a key reason for the stock decline is equity dilution. However, it seems that the worst is over in terms of downside.

After a series of capital raises, Sundial had cash and equivalents of $719 million as of March 2021. This is likely to ensure that the company is fully financed for growth over the next 12-24 months. The company already has a diversified brand portfolio with focus on inhalables. With the cash buffer, selling and marketing expenses is likely to accelerate. This is likely to improve brand visibility and trigger strong revenue growth.

In another important development, Sundial has formed a 50:50 join venture with SAF. The JV intends to invest in the global cannabis market pursuing attractive debt and equity investment opportunities. Considering the cash buffer, Sundial is well positioned for inorganic growth. The cannabis industry is already witnessing some consolidation.

Overall, SNDL stock has been depressed due to significant equity dilution. However, if the company can pursue…