Through an innovative combination of public crowdfunding and private investment, coding bootcamps provider, HyperionDev, has raised over £2,5m in an edtech Series A fundraiser.

This combined funding strategy attracted over 1,500 investors from more than 20 countries, culminating in one of the largest ever edtech Series A crowdfunded rounds. HyperionDev’s public investment crowdfund on crowd investment platform CrowdCube was particularly successful: from its original goal of raising £750,000 in 31 days, the company was swarmed with public interest, surpassing its target in just 5 days. Within 14 days, HyperionDev’s campaign raised £1,866,123.

Founder and CEO of HyperionDev, Riaz Moola, said: “This incredible milestone will directly benefit thousands of students across the globe who are looking for an accessible and affordable way to learn job-ready, practical developer skills in months rather than years. In the past 12 weeks, we’ve welcomed over 1,500 new stakeholders. We believe that our coding bootcamps are the best way to close the growing global tech skills gap, and with this wave of support we are one step closer to fulfilling our mission in the US and UK markets.”

The HyperionDev Series A milestone will mark the next stage of its planned expansion into UK and US markets on the back of the company’s success in Africa, including 640% revenue growth since 2018, a 254% growth in active users during lockdown, and more than 100,000 student registrations. 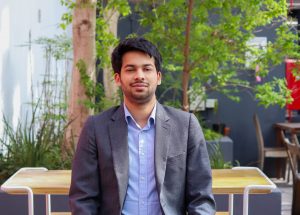 This fundraising success will also directly enable over £175,000 in full coding bootcamp scholarships for deserving students. In addition, the campaign included investor scholarships and investor awards to the value of £700,000, with new stakeholders donating free bootcamps and discounted courses to students in need.

Moola continues: “This has been our biggest campaign to date. The reaped rewards will allow us to give back over £175 000 million in full coding bootcamp scholarships for students in need. What’s been particularly great is our investors’ generosity and belief in our vision for accessible education. These investors were promised a reward of a free or heavily discounted bootcamp with their investment; many of them have chosen to donate their bootcamp reward to students.”

The increasing inaccessibility and high cost of university bodes well for the edtech sector and HyperionDev’s future, which continues to dominate the education alternatives sector. Today, the global tech education & assessments market is estimated to be valued at around £217 billion.

Moola concludes: “I strongly believe that accessible tech education is the future of social upliftment and mobility for thousands of people across the globe. Our focus on close mentorship and developing practical, job-ready skills to get students ready for real developer work in months rather than years proves that people are hungry for a world-class education that helps them build their future, without having to sacrifice years of study or spend thousands of dollars to do so. We are thrilled to see that this initiative has raised the bar, bringing us one step closer to closing the global tech skills gap for good.”

Read More:£2.5m in 12 weeks, HyperionDev secures EdTech Series A round